Ever had moments when you felt like you HATE your job? There is probably just cause for these feelings. Feeling a lack of respect, experiencing personality clashes with piers, saddled with overwhelming obligations, physical challenges, or as many other reasons as there are working folk.

Your dilemma is unique to you, and consequently if your experiencing pain, discomfort, or anger at work, your personally created hell belongs to you. What happens and how you define it is all on you, my friend.

Constructive reflection will start the journey but needs to be useful, not vengeful or fuelled by self-flagellation. Is it the work, or is it the management of your work, is it the labor, or is it feelings of incompetence? “Things and stuff” happen to us; defining “things and stuff” is our prerogative.

You always have a choice.

“Today I escaped from the crush of circumstances, or better put, I threw them out, for the crush wasn’t from outside me but in my own assumptions.”
Marcus Aurelius,
Stoic Philosopher

Learn to respect your work. Take personal pride in your efforts; the efforts that you have mastery over. Find self-satisfaction in simple tasks, relish in individual achievement. There is dignity in all work. Regardless of what it is you do, daily work, at its core, gives you self-respect and currency. It feeds feelings of accomplishment, worthiness, and pride. It’s essential to a healthy mind and body.

Constructive cognition happens on your schedule and starts in your thoughts and beliefs. Pride in the things we do or grief for the moments we choose to regret builds within and every day presents us with an opportunity to overthink our current lot in life. Empowering or debilitating, these are the only choices.

Every one of us has ups and downs in their lives. Times of prosperity and times of drought. And as the good book says; “times to reap and times to sow.”

Droughts come in many shapes and forms. Often thrust upon us when we can least afford them. Face it they never feel convenient, I don’t think I’ve ever heard anyone say, “this would be a good time for life to slide into the dumper.”

They have the power to manifest themselves in many ways. I’ve experienced creative droughts, relational droughts, employment/work droughts, poor health, and droughts of the mind. You know the kind, the droughts of the brain where we wallow, the gateway to anxiety and self-doubt.

Like my Grandfather used to say, “a rut ain’t nothing but a grave with the ends kicked out.” Once you’re in, you’ve got some serious scrambling to do.

Stop obsessing, get out of your head. Probably the best possible way to do that is to put yourself into the service of others. Be interested in everyone who crosses your path, in turn, they’ll find you most attractive. The best way to do that is to listen with unwavering intent, making everyone you speak with feel like they’re the only person in the room. Be open and receptive to all opportunities that arise, not saying for a minute that you need to pursue every opportunity, listen, give it the fullness of time and weigh how it fits for you.

Go back to step one.

Have a World Class day my friend,
Cheers,
Brent

The answer is probably a lot sooner than you usually do.

Don’t get me wrong, I’m not advocating that we shouldn’t think. What I am recommending is that we need to stop, or at the very least, curb the inclination to overthink everything. Especially when we are in uncharted territory.

When you’re mulling over an issue, working out the next move or lamenting a missed step, you should probably quit thinking and start moving toward a solution, sooner rather than later. Analysis paralysis is real, and the only antidote to alleviate the problem is action.

Move forward, with either a big definitive act or a minuscule movement. The gesture is more about doing something that can start the ball rolling, the size of the action is typically defined by your perception and definition. Inevitably the first step leads to the logical second step, and before you know it, you’ve arrived at a solution. Or you haven’t, but at this point, you can make an informed decision and let it go if that’s the right thing.

Obsessiveness is debilitating. Train yourself to let go, to lose sight of the whole and focus on the next logical detail. Remember, and this does justify repeating, the importance of the next step is irrelevant compared to the process of just doing it.

Fulfillment is far more likely to be attained in the action step. Very little, if any, satisfaction awaits in the process of obsessive thinking. What often awaits is doubt, fear, and anxiety, the true motivations of overthinking and the root cause of the overthinking mental loop.

The reality is we don’t need all the answers. What we need is the courage to move forward, the confidence to try, and the willingness to be unattached to any preconceived outcome.

Adventure awaits in the unknown.

Roll with the punches and always, Think World Class. 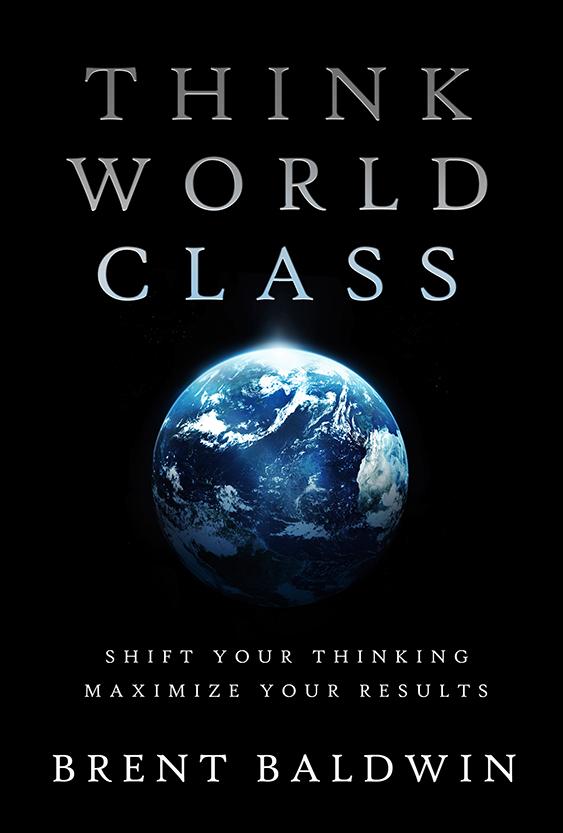 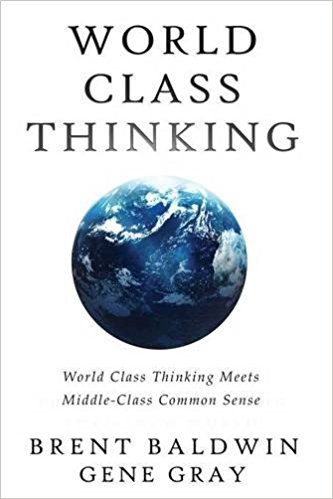 "Think World Class is a fine example of how a shift in approach and the way we look at or judge a situation can have a profound outcome on our lives. As an author; Brent Baldwin tackles everyday scenarios with a smart and realistic approach which can impact your personal and professional life. Think World Class is the perfect book for a professional on the go whom may only have 5 or 10 mins to spare, but is looking for inspiration in an easy to read, insightful manor. Coming from a very competitive sales background myself, we are always looking for a competitive edge on our counterparts and often look to "reinvent the wheel", when all we truly need to do is shift our thought process and Think World Class"

"Think World Class (book), is not a book to put on the shelf but to have handy as a resource so you can "Ask yourself", referring to a specific chapter; take a minute to read the chapter and focus on meaningful action and/or approach for best results."

"Brent's coaching has put my strengths in front of me and help to direct my focus and put a fine point on my goals. Thanks Brent."